MCMag NEWS
You are at :Home»BLOG»The Coming Infrastructure Boom: How to Prepare Now

The West Wacker Drive bridge over the Chicago River in downtown Chicago. There are 52 movable bridges in the city, but only 43 are operable.

The Coming Infrastructure Boom: How to Prepare Now

Jan 18 2023 BLOG, INDUSTRY, NEWS Comments Off on The Coming Infrastructure Boom: How to Prepare Now 38 Views

Like the birth of a child, or the debut of a new phone from Samsung or Apple, the broad parameters of an infrastructure plan are known, but not the details.

There is wide acceptance that a startling number of bridges and highways across the United States are in need of repair or replacement. Most have been neglected for years, and many have long passed their expected lifespan.

The politics of the Biden administration’s plan are complex, as they’ve been in past, large civil undertakings. Moreover, the debate is taking place during a time of price instability, as well as shortages of raw materials, finished goods (especially semiconductors) and qualified labor.

The debate is unusually broad. It includes the definition of infrastructure and how to finance a scope of work not seen in a half-century or more. Although that debate was intensifying at the time of this writing, most industry experts agree on several points:

The challenge, then, for marine construction companies is pre-positioning:

The stakes are high.

“In the short term, obviously, there will be a surge in revenue and jobs for the construction industry,” said Dr. Richard J. Burke, ABS Professor of Naval Architecture and Marine Engineering at the Maritime College of the State University of New York (SUNY Maritime). “But in the long term, what we’ve seen historically is that well-planned infrastructure developments in the United States have significant economic multiplications. The interstate highway system, for example, changed America forever. We don’t even have a way of accounting for all its economic impacts over the last three-quarters of a century.”

To a greater degree than was true of past infrastructure projects, the needs today are documented.

Every four years, the American Society of Civil Engineers (ASCE) issues a Report Card for America’s Infrastructure. The 2021 study, with an overall C- grade, “reveals we’ve made some incremental progress toward restoring our nation’s infrastructure. For the first time in 20 years, our infrastructure is out of the D range.”

Despite that minimal progress, multiple areas are at risk or under-invested, including inland waterways and levees, and roads and bridges.

“A recent estimate for the nation’s backlog of bridge repair needs is $125 billion. Estimates show that we need to increase spending on bridge rehabilitation from $14.4 billion annually to $22.7 billion annually, or by 58 percent, if we are to improve the condition.”

Throw in the need to expand ports and the highways and railways that serve them—at a time of shortages and supply-chain disruptions—and marine construction executives have to plan with an unprecedented number of unknowns.

What we know and what we don’t know

. An example is lumber. When the pandemic began, leaders in the residential housing industry feared a slowdown like that of 2006, and cut advance orders for lumber. Lumber yards, in turn, laid off workers and stopped cutting trees. But Americans confined to their homes decided that homes, especially those in the suburbs, were a necessity and started a buying spree.

Because supply chains take a while to restart, the buying spree resulted in months-long waiting lists for new homes, and a price increase for an average single-family home of 36 percent.

In marine construction, the demand for high-grade steel drove a similar shortage.

“Steel prices will continue to go up for a while,” said Jeroen Koelewijn, president of Meever USA, the American branch of a Dutch steel piling company that supplies steel pile globally. “There’s a tremendous lack of availability for the moment. Even with more raw material, we aren’t going to get up to full production anytime soon.”

One of the most dramatic supply-chain disruptions is in semiconductors.

According to a recent article in British newspaper The Guardian, “The shortage in chips, the ‘brain’ within every electronic device in the world, has steadily worsening since last year. Initially the problem was only a temporary delay in supplies as factories shut down when the coronavirus pandemic first hit. However, although production is back to normal, a new surge in demand driven by changing habits fueled by the pandemic means that it is now reaching crisis point.”

That’s a worldwide problem for manufacturers of products ranging from from cell phones to automobiles. But it has a particular impact to marine construction companies that want to add or upgrade equipment in advance of an infrastructure boom.

“What we’ve seen in past bills is that the money for large civil projects is earmarked for shovel-ready jobs,” said Kevin Garcia, general manager for civil solutions at Trimble, a Colorado-based technology company. “The ones that are awarded often have an accelerated time in which it will be spent. As soon as you finish one job, you can get the next piece of the pie, so now it’s all about efficiency. If contractors and owners aren’t prepared to finish jobs ahead of schedule, they’re going to miss out on that lead time.”

That places a greater importance on technology to improve efficiency, both on new equipment and as after-market upgrades to existing equipment.

“There’s a shortage of qualified labor right now,” Garcia continued, “so to keep work flowing, you’ve got to do more with what you have. That’s the role that technology can play. We can increase efficiency, eliminate rework, and get things on-grade the first time.”

What steps can companies take now?

Companies that know their strengths and experience, yet are flexible within those areas may be best prepared for work that could come rapidly.

Keith Aschenbach is director of rentals for Smith Brothers, a Maryland company that rents tugs and barges in the Mid-Atlantic area.

“Our work has always been evenly divided between saltwater and freshwater projects,”Aschenbach said. “All of which carry a Certificate of Inspection( COI) for USCG Subchapter M compliance. They’re equipped with the latest electronics, including radar, chart plotters/ GPS, AIS, fire monitoring systems and laptop computers with navigational software.”

That flexibility will include negotiating contracts with contingent pricing.

“Building contingencies into your agreements is crucial,” said Meever USA’s Jeroen Koelewijn. “This price uncertainty is global, and completely out of the control of contractors. The project owners should take the initiative and cover the contractor for price escalation. It’s not easy. A lot of contractors, even suppliers, don’t really know how to measure price escalation. There is a steel index price, for example, but it’s focused on commodities, so it doesn’t always translate directly to specialty and custom products like piling.

Companies that can realign their capabilities for new areas of work are likely to benefit.

“We’re likely to see a shift in priorities, and some companies will be caught with the wrong skills,” said SUNY Maritime’s Dr. Burke. “Dredging may be less important. We’re pretty close to hitting the limits in economies of scale in ocean shipping, and port expansion may taper off. But offshore wind energy production is likely to take off. Companies that are skilled at offshore construction, or fabrication of things that will be erected offshore, are going to be in the right position at the right time. The companies that did offshore oil rig construction are probably best situated for that market.”

And even before the ink is dry on an infrastructure plan, or prices stabilize, there are steps that can be taken now.

“A contractor who has had little experience with technology can prepare to adopt some of it now,” explained Trimble’s Kevin Garcia. “The first thing you want to do is contact your technology dealer, whoever that may be, along with your equipment manufacturer, and find out what technologies are available for your equipment. They can help identify what technologies are going to benefit your specific workflow.”

Garcia said that there’s a wealth of information online, including case studies and white papers.

“What you want to do now is to identify what will benefit your applications the most, and outfit your machines with install kits to make them technology-ready,” Garcia said. “You can add the relatively low-cost sensors and cabling now, so the machines can have the more expensive components—the GNSS receivers and the computer running the construction software—added later. But the sensors are what are being interrupted by supply chain shortages, so you want to get the orders in as soon as possible. There also are way to start training your crews on using the software even before the software is installed.”

Will the coming infrastructure plan rank among the transformative projects in American history? It’s impossible to predict. But many of them had consequences far beyond what was expected.

The first major civil engineering project was the Erie Canal. Begun in 1817 and completed in 1825, it connected the Great Lakes to the Hudson River, and made New York City the most important port in the world. The Public Works Administration built dams on the Tennessee and Columbia rivers during the Great Depression that brought electricity to much of the country for the first time. And the interstate highway system made every region of the country accessible at just the moment when automobile ownership became common.

The Economist Intelligence Unit, a research branch of U.K.-based The Economist magazine, recently issued a report on the proposed infrastructure plan. “The Biden administration’s investment plan will meet resistance on two fronts: their scope and the means of financing,” the EIU wrote. At the time of this writing, the administration and a bipartisan group of U.S. senators were debating those questions.

Nonetheless, it is likely that at least a narrowly targeted portion of the plan—transportation and utilities—will be passed and signed in the near future. The companies that are prepared will have the opportunity not just to work on projects, but to make history. 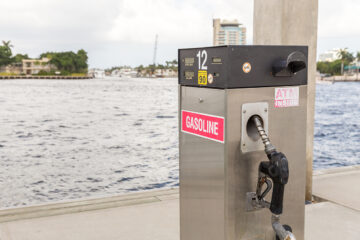 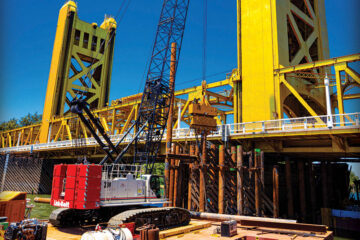