MCMag NEWS
You are at :Home»BLOG»FLOATING DOCKS PREVENT SEVERE DAMAGE TO BOATS DURING HURRICANES 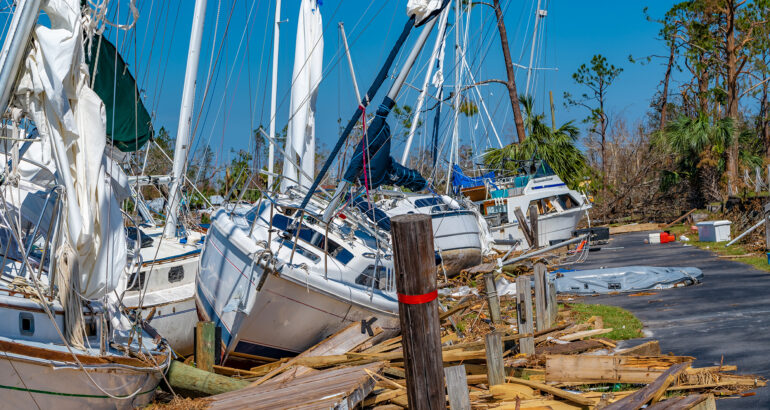 Recreational boats moored at traditional docks have a bumpy experience during normal weather conditions, not to mention when a hurricane hits. By design, a traditional wooden, concrete or metal dock is stationary while the boat moves back and forth with the water. During severe weather though, the boat can crash into the dock, sustain severe damage, and could even be destroyed. Floating docks may solve this costly problem.

Similar in construction to a raft, floating docks combine lightweight, buoyant materials to create moveable platforms to which boaters can secure their valuable vessels. A floating dock drifts with water currents, but only as allowed by its anchoring system. The waves caused by mooring and launching of boats, for instance, move the dock only slightly—making it very easy to board.

Traditional, fixed docks are much different. They are built of rigid wood, composites or steel and are anchored by beams secured to the floor of the bay or sea. The stationary design makes fixed docks useful for loading or unloading commercial cargo containers.

However, the traditional design makes docks more susceptible to damages during severe weather, like a hurricane. A storm surge may submerge a stationary dock, washing away deck boards and railings. Pieces of the broken dock can turn into underwater or windborne debris. The underwater debris may damage the hulls of moored boats, while windborne debris can strike the deck above. Should a stationary dock collapse, the corresponding damage to secured boats may be considerable and the dock itself can be reduced to wreckage.

The design of floating docks greatly reduces the problems of traditional ones. Floating docks are tethered in place by a posttension or whaler cable system. The cables attach to pilings below and allow the dock to ride up or down with the water level. Essentially, a series of pontoons are bounded by long wooden or steel slats on either side, and then anchored to pilings.

Pilings hold the whole thing in place so it is semi-rigid but has elasticity and shares the stress along multiple points. The components are designed so that, should some part of the dock come adrift, it will float away like a raft rather than having submerged elements that break apart causing damage.

Another benefit of the floating dock is how the distance between the dock and the boat remains equal, despite the rising and lowering of water caused by tides. Additionally, they are able to withstand tidal surges and also serve as a breakwater for the shoreline. 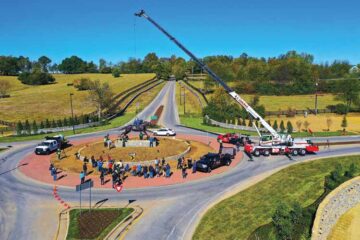 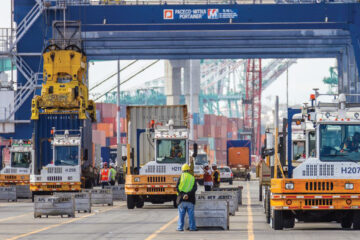 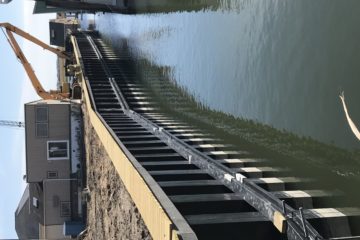