MCMag NEWS
You are at :Home»BLOG»Going to Extremes: Construction in the Polar Regions 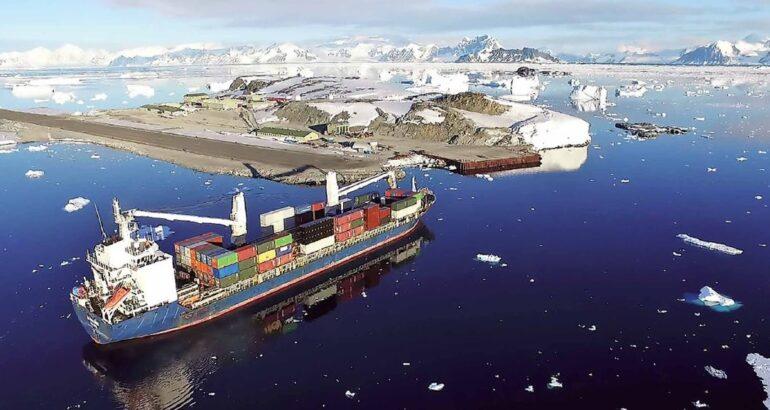 MCMag Mar 21 2022 BLOG Comments Off on Going to Extremes: Construction in the Polar Regions 134 Views

Weather is a factor for any construction job. But working in the polar regions adds greater risk, and new dimensions to the planning process.

The obvious fact about building in extreme cold is that it’s dangerous to the people doing the work. But there also are aspects about working in those conditions that are pure physics, such as what happens to materials around -50° Celsius (or -58° Fahrenheit).

“All of your metal gets brittle and breaks,” says Jason Linley, a foundation specialist in Kamloops, B.C., Canada.

Linley is the owner of IFS Equipment, and frequently has driven pile and poured concrete in Canada’s Northwest Territories, which is bisected by the Arctic Circle. In the Canadian Arctic, infrastructure construction is done during the winter, when ice roads allow the transport of construction materials by truck over otherwise impassable swamps and lakes. Linley has worked in -65° C. (-85° F).

”Your steel shaft pilings like to twist off,” he adds. ”You have to preheat everything, including your equipment, and keepit warm. It’s a vast amount of extra work to gwt systems working in that cold.”

Building in Antarctica, where almost all research areas are on the coast, follows an opposite strategy: Construction equipment and materials are supplied by ship, so work takes place during the Antarctic summer when the seas are calmer. (“Summer” in Antarctica is an astronomical, not a descriptive term. Temperatures typically range from -10° to 5° C., or 14° to 41 ° F.)

Ian Wenkenbach is a project engineer with the Dutch construction company BAM Group, a partner in the Antarctic Infrastructure Modernisation Programme that is upgrading and modernizing Rothera Research Station for the British Antarctic Survey (BAS). BAS will operate the U.K.’s new polar ship, the RRS David Attenborough, a larger, more modern ship for its research, which requires a longer wharf to dock and resupply.

“In terms of weather and climate, there are two challenges to working at Rother a,” Wenkenbach explains. ”The main challenge is that because you can only work there in the summer, you have a very limited construction season. Our project lasted two seasons of five to six months each, so you have a hard cut-off in the middle of your program when you have to repatriate your personnel and leave your buildings and equipment in a safe state to survive an extremely harsh winter. Winters drop to commonly -20° C (-4° F) but sometimes to -40° C (-40° F). It’s quite a challenge to leave your site in a condition to survive that.”

Logistics are always a factor in the successful result of a construction job-getting people, equipment and material to the right place at the right time is critical to meeting deadlines and achieving construction targets. In the polar regions, however, it can be a matter of life or death.

”You have to make sure that no detail is left unattended,” says Jan Scheeler, a project manager for ShibataFenderTeam (SFT), the Hamburg, Germany-based company that provided fenders for the Rothera wharf. “Everything has to fit the project condition: the design, material installation procedure and logistics. You have to think it all through, and go over it again. First of all, it must be very safe-you are far, far away from any hospital. Everything you do needs to be robust and simple. And then there’s the challenge of getting equipment and materials to the right spot at the right time. There is little room for staging or storage. When the contractor mobilized all the equipment in the U.K. to go to Antarctica, we had to make sure the fenders were there with all necessary equipment to install and maintain them, and that nothing was left behind when it was shipped to the project site. If you forget to include a part, you can’t just book a container to ship it there. There is no vessel calling.”

Environmental concerns and biosecurity were high on the priority list.

“You have to inspect every container and then inspect again, all the contents, all the packages,” Scheeler says. ”You can’t bring any foreign animals or seeds. There is a high focus on environmental issues there.”

”You have to think about your human capital, all your workers, much more than you would in moderate conditions,” says Schoeler. “People are always eager to achieve goals on time, to be ahead of the target, but sometimes you have to protect them from going too far in such conditions. It can very quickly change from being healthy to dangerous. You have to have a mindset in place where people are looking out for each other.”

In 2012, Dr. Ove T. Gudmestad, a professor of marine technology at the University of Stavanger (Norway), authored a paper titled Challenges Faced by the Marine Contractors Working in Western and Southern Barents Sea. Dr. Gudmestad, an expert in wave force action with experience in Norway’s North Sea oil fields, wrote about the risks involved in working in one the most inhospitable environments on the planet, the open water between Norway and the polar ice pack.

”We can view the risk in any activity as a product of probability and consequences,” Dr. Gudmestad wrote. “Much attention is often paid to reducing the consequences when discussing the risk to personnel, asset or the environment. Equally important are the probability reducing measures. It is important to focus on barriers that will [prevent] any unwanted incidence to escalate. Efficient barriers are awareness of changing weather (by taking in weather forecasts frequently), awareness of the potential for human errors and misjudgments in cold climate operations, and the awareness of low-temperature effects on crucial equipment that may freeze or halt being functional.”

Dr. Gudmestad defined the relationship between design and operational criteria-in other words, what was planned for, versus what conditions really are at the job site-as the alpha factor. For work around the Barents Sea, he wrote, alpha factor values must be developed to take into account the uncertainty of the weather.

“Any activity in cold climate regions, and in particular any construction work in such regions, will represent a human factor challenge, in particular for project managers being used to more predictable and less challenging physical conditions. Reports of delays at the construction site could trigger top management instructions that work ‘shall go [on] as usual.”‘

Or. as Ian Schoeler out it. ”You have to have a mindset in olace where oeoole are looking out for each other.”

Many technological advances have come from working in harsh conditions.

Construction in the Canadian northwest would be unfeasible without ice roads, but working in winter exacerbates a different problem-drilling through permafrost.

”When you’re drilling and you drill through the frost, if you stop drilling, your drill bit will freeze into the earth and you’re stuck in the hole,” explains Jason Linley. “So a lot of the time, we have to run an environmentally friendly antifreeze, or an environmentally friendly drilling fluid to keep the bit lubed so it doesn’t stick in the ground.”

Linley has worked on bridge piers, river diversions, water systems for public utilities, police stations and other projects. Companies that build in the far north, he says, learn quickly that everything is more difficult to do.

“A lot of contractors that go up to do the work aren’t prepared for it,” he says. ”They take the appropriately sized equipment that it would normally take, but when you get up there, with the bitter cold, you need more horsepower to handle the sheer amount of stress that’s put on the rig. Hoses freeze and break unless they’re built for that weather.”

ShibataFenderTeam, which manufactures fenders for ports in all parts of the world, has developed materials to withstand extreme climates.

“We have a long track record in extreme climate, hot or cold,” says ShibataFenderTeam’s Jan Schoeler. “We know when to put it in extra material for beyond-normal usage. A couple of Russian contractors we’ve worked with build in minus -60° C (-76° F). You have to start developing new materials and come up with smart engineering solutions. Fenders have to be flexible, and at some stage, all conventional, off-the-shelf materials lose their flexibility. At -40°, rubber usually turns into a brittle, solid substance. So we’ve invested in new compounds and successfully tested them for such projects.”

Whether a company is a prime or sub, a higher level of planning is required to work in extreme weather.

“Whatever we do, we think a step ahead so that the team that gets out there can do the job,” Schoeler says. “We try to imagine all the steps they have to take and under what conditions they have to do it. If you give them tiny bits and pieces to assemble in -50°, it won’t work, because your hands aren’t as flexible. We have to give the team something that’s easy to assemble and will work for a long time without maintenance.”

As the climate warms, the Arctic in particular is likely to experience growth in construction activity. Sea lanes across northern Canada may open up polar regions for mineral extraction. But for now, the people working on Rothera Research Station are aware that while such places may have extreme climate, they also have extreme and fragile beauty.

“We usually install fenders at commercial terminals, nicely connected to land,” says Schoeler. “But sometimes, as with the Rothera wharf, contractors and vendors like us are working in an environment that you usually only get to see in National Geographic. We are in the middle of something that is ecologically fragile and worth preserving.” 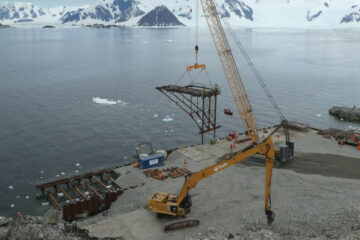 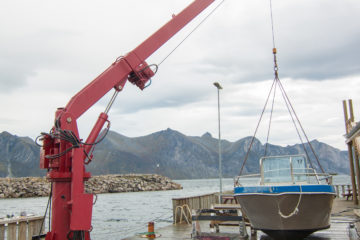