MCMag NEWS
You are at :Home»BLOG»JMS Completes Conversion of OSRV to Pilot Station Vessel for Sandy Hook Pilots The Sandy Hook pilots have been piloting ships in the New York harbor for over 300 years. They operate a pilot station boat by Ambrose Light yearround and in all weather conditions. As a result, they require a robust vessel to serve the entrance to New York Harbor, Hudson River, Hell’s Gate and Long Island Sound. The P/B New York is the largest vessel in the Sandy Hook fleet and has served them well for the past 48 years, but is due to be retired.

JMS has a long history of providing engineering support for the Sandy Hook Pilots’ vessels and when the 208-foot OSRV Maine Responder became available, the Sandy Hook Pilots Association turned to JMS to provide marine surveying and naval architecture services to evaluate the vessel prior to purchase, develop the conversion concept design through contract-level design bid package, engineering support to the shipyard, and owner’s representative services on behalf of Sandy Hook Pilots during the vessel conversion. JMS’ work began by surveying the OSRV Maine Responder ahead of the vessel purchase to assess its general condition and suitability to being converted to a pilot station boat. A comparative seakeeping analysis was also performed to determine the OSRV’s motion characteristics while on station.

In general, the conversion design included extensive modifications to remove the oil recovery systems, add a large deck house for the pilot berthing, lounge, and mess, and incorporate operational capabilities specific to the pilots’ mission.

Other modifications included addition of:

The completed vessel retains its helicopter pad, ABS Classification, and COI as a Subchapter I vessel. The vessel, to be renamed P/B New York, is scheduled for delivery in September 2021. 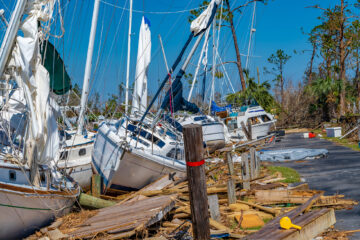 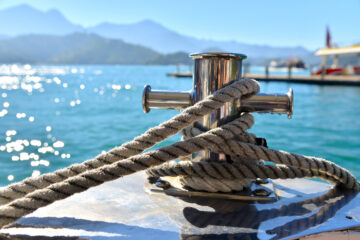