MCMag NEWS
You are at :Home»BLOG»Prevent Collapsing Structures with Migratory Corrosion Inhibitor Technology 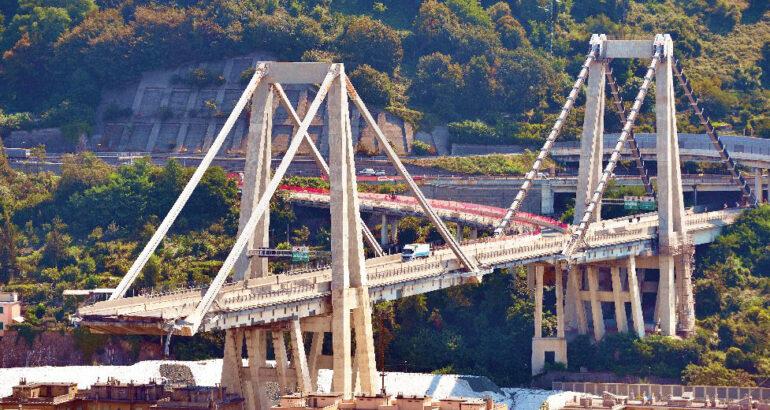 Corrosion is the deterioration of materials over time. It is a huge problem for engineers who use metal products in their structures, because it can be a safety hazard. Neglecting this powerful force can have tragic consequences.

Something went very wrong with the Morandi bridge in Genoa, which was completed in 1967. Engineers brought out numerous concerns about its unusual concrete-encased common steel cables. The designer of the Genoa bridge warned four decades ago that it would require constant maintenance to remove rust, given the effects of corrosion from sea air and pollution on the concrete. Also, the problem of the fatigue corrosion of metal elements, which is particularly insidious in steels of high mechanical strength such as strands, is still a little-known subject. Morandi Bridge is the fourth bridge that has collapsed over the last few years and this sends us an urgent warning.

“As the reinforced and prestressed concrete bridge has been there for more than 35 years, it is very possible that corrosion of tendons or reinforcement is a contributory factor,” said Ivana Liposcak, Cortec MCI® technical support manager for Europe. “The long-term behavior of viaducts subjected to heavy traffic and situated in an aggressive environment shows that at the time of planning obviously many concepts about the sustainability of the bridge were not known and considered. Due to the vibration in concrete, microcracks occur, through which the moisture leads to oxidation and corrosion of steel and in that way, the structure gradually loses its capacity due to corrosion,” noted Liposcak.

Crumbling infrastructure is a worldwide problem

A report from the American Road & Transportation Builders Association states that more than 15 percent of U.S. bridges are “structurally deficient.” The difficulty is that concrete, or rather the steel used to reinforce it, can fail in a number of ways. Salt, ice and the pounding of weather can cause fractures in the concrete’s surface. Once the water reaches the steel reinforcing or tendons, it corrodes them. This enlarges the cracks, which can cause the concrete to fall apart. “Other factors also compound the deterioration of bridges, such as constant traffic,” says Liposcak. “This is a problem for bridges  designed 50 years ago, when traffic was lower,  cars were smaller and trucks much lighter.”

Harsh weather conditions, such as heat, cold, floods and high winds buffeting all contribute to corrosion of bridges. This is why regular inspections and maintenance are essential.

How do we build sustainable and durable structures?

During the last two decades, advances in technology have allowed engineers to extend the lifespan of structures. One of the most efficient uses of migrating corrosion inhibitors is to apply them directly during the construction phase, as well as during maintenance and repair of existing structures. For prestressed structures for bridges, MCIs (such as Cortec’s MCI® -309) are recommended for the protection of prestressed cables before grouting.

There are many recent cases of using migrating inhibitor technology in projects around the word. One is the  Frederikssund bridge in Denmark. The aim was to replace the old bridge built in 1935 by providing an alternative to the only active bridge over the fjord. The project includes design and construction of an eight-kilometer-long, dual-carriageway highway, comprehensive of a bridge over the Roskilde Fjord. MCI-309 is used for corrosion protection of PT concrete segments. MCIs are based on amine technology. They are classified as mixed inhibitors, meaning they affect both anodic and cathodic portions of a corrosion cell. MCI is applied in many forms including as a concrete admixture or a topical treatment. It moves as a liquid through the concrete matrix via capillary action and migrates in a vapor phase throughout the concrete pore structure. When MCI comes in contact with embedded metals, it has an ionic attraction to it and forms a protective molecular layer. This film prevents corrosive elements from further reacting with the reinforcement and also reduces existing corrosion rates, greatly extending concrete service life.

The Maslenica Bridge in Croatia is one of the largest bridges of its type with an arc of 200  meters (218.7 yards) in diameter. Because of the aggressive environment of changing temperatures, constantly fluctuating humidity, and strong wind containing salt from seawater, reinforcing steel had started to corrode, causing concrete spalling. To restore the bridge and prevent future corrosion from happening, all spalling concrete was water-blasted off, along with dirt and corrosion on the rebar.  CorrVerter® MCI Rust Primer was brushed on exposed rebar to passivate the metal from further corrosion, and MCI-2020 was applied to the entire concrete structure using an airless sprayer to prevent any potential corrosion that was not apparent.

Every project is different. Geology, weather conditions, volume of traffic, and available construction material affect design and construction. Today we are lucky to have huge advances in corrosion protection that can be applied in the construction industry. We have to utilize them properly for the benefit of all of us. 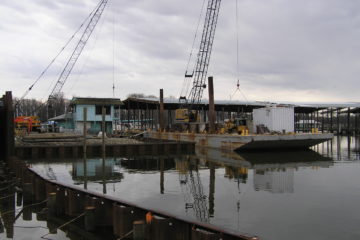 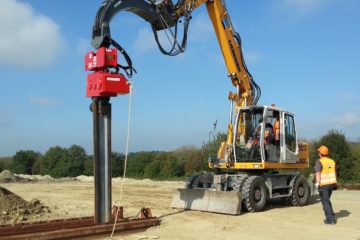