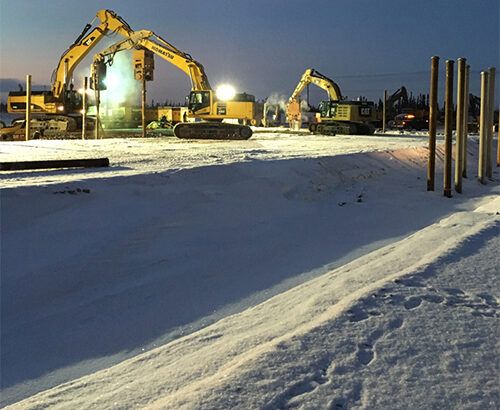 APE equipment up to the task in the harsh working conditions of northwestern Canada.

Some years ago, APE did a 5,000-pile job for a 3,000-man camp at Keeyask, where we showcased some of our pre-drilling capabilities. In 2015, it was the converter station at Keewatinohk, where we pre-drilled in seasonal frost, permafrost, and some of the Canadian shield with our latest achievement in drilling technology, the “Polar Penetrator.”

This patented drag bit allows high-pressure air to eject cuttings out of the hole as soon as they are loose, typically at least two or three times faster than conventional tools. This drilling technique, along with down-hole accessories, allows APE’s HD program to stay in the lead on today’s helical pile market.

Elsewhere in western Canada, K+S Potash Canada (KSPC) is built a potash handling and storage facility at Port Moody, B.C. Potash products arriving by rail from the Saskatchewan-based mine are stored on-site and transported to vessels destined for K+S Group’s international clients.

Roughly 700 driven pipe pile, ranging from 24 inches to 36 inches, were driven. Keller Foundations opted to go with the APE D70-52 as their work horse for the majority of these piles. This 7.0-metric ton ram is pound for pound the hardest hitting hammer out there today, and its new octagon design allows for better cooling and larger fuel capacity, making hard driving jobs a little easier. 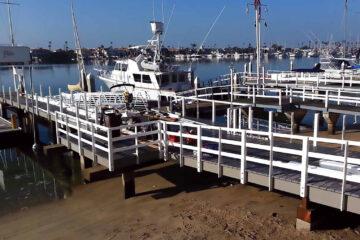