MCMag NEWS
You are at :Home»NEWS»Poseidon barge becomes part of historic ship museum

The World War II Landing Ship Tank LST-325 was the last fully operational LST in the U.S. fleet. The ship was built at the Philadelphia Ship Yards in 1942 and took part in the invasion of Normandy in June of 1944. Similar LSTs were built in Evansville during the war.

LST-325 has been docked in Evansville, Indiana since 2005. The international construction firm Skanska’s Evansville, Ind. office was awarded the contract to convert the ship to a floating museum on the Ohio River waterfront. Skanska purchased a Poseidon P1 40-by-10-by-5-foot barge to provide a dock platform for mooring visiting pleasure craft.

LST-325 was first launched in October 1942 at Philadelphia and commissioned in February. The ship participated in the invasions at Gela, Sicily and Salerno, Italy. On June 6, 1944, LST-325 was part of the largest armada in history by participating in the Normandy landings at Omaha Beach.

Decommissioned after the war, LST-325 was sent to Greece in 1964, where she served in the Hellenic Navy until 1999. In 2001, a group of retired U.S. military men acquired the ship, made necessary repairs in Greece and brought it back to the U.S.

In June 2020, LST-325 moved to its new port on Riverside Drive in Evansville, and opened for its new mission as The USS LST Ship Memorial Museum. 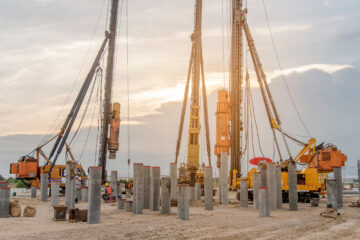 Duties of a “Pile Inspector” 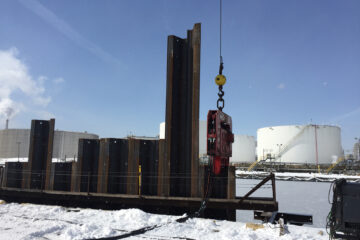 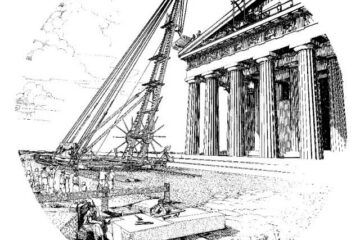 Greek temple ruins suggest cranes were in use as early as 700 B.C.