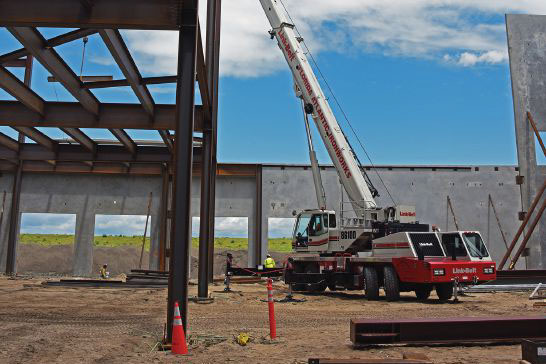 Florida Atlantic Ironworks of Umatilla, Florida purchased a new 100-ton (90-mt) HTC-86100, the company’s 27th Link-Belt “crane”. Owner John J. Matusik has been in the structural steel business since 1982 and incorporated the company in 2000. Florida Atlantic Ironworks was awarded the contract from general contractor Ivey’s Construction to lift and place 1,600 tons of steel for the new 188,000-square-foot, two-story cruise terminal at Port Canaveral, Florida. By cruise passenger counts, Port Canaveral is the second-busiest cruise port in the world (behind Miami, Fla.). The new Cruise Terminal 3 will have the capability to dock up to a 1,130-foot-long, 20-deck ship – the new Mardi Gras Carnival Cruise line ship. Cruise Terminal 3 is the largest port project in Port Canaveral history, a $163-million project that will also include a new six-story, 1,800-vehicle parking garage.

“The reason we went with the HTC-86100, instead of our smaller HTC-8675 (Series II) 75-ton (70-mt) crane is because of the high walls surrounding the crane,” said Schonk. “In order to hoist the 57-foot (17.3 m) columns rigged vertically (for placement) over the tilt walls, we needed to have a lot of reach. With 140 feet (42.6 m) of main boom in the EM1 mode and the one-piece lattice fly in the twodegree offset configuration, it gives us the angle that we need for the clearance to get over these walls. It also gives us the capacity and reach that we need for the greater radius steel assembly without moving the crane”.

During steel placement at the furthest radius from the crane, radio and camera visuals help Schonk lift and place. Open, two-way communication is critical for lining up bull pins and bolts used for connecting steel. “I especially like one camera pointed at the drum once I lock my load and it’s coming down,” he said. “When they need a fraction of an inch, I can give it to them. Having that camera there helps a lot more than just having a thumper in your hand. This way, I’m able to see so I can give them the precise “measurement”.

“These cranes are very maneuverable, that’s why we like them so much. Its bigger than the 8675 but still gets around to where it needs to go. It was the best machine for this job,” said Equipment Manager Eric Price. 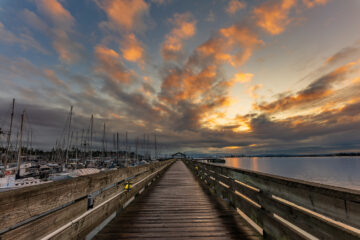 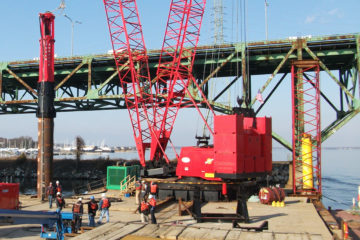