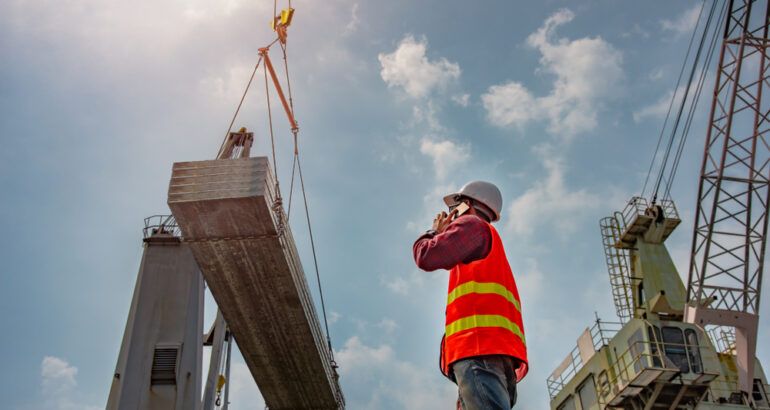 A lash barge is moored to the dock and a crew of longshoremen is loading bags of grain (corn-soy blend) into the barge. The crew consists of a crane operator, a forklift operator, one laborer working on the loading dock, and five laborers working inside the barge positioning the cargo. The operation is supervised by a superintendent and the crew foreman.

The crane had not been subjected to daily or monthly inspections. No designated individual conducted inspections of the crane or the crane’s components. Supervisory accident prevention training was not provided. The investigation revealed that a 5/8-inch wire rope (presumably rigged to the crane) was completely severed and both ends were badly frayed, attributed to progressive wear-and-tear rather than sudden breakage. Additionally, the top of the crane block was damaged and the sheaves on the block were out of alignment.

The company’s safety rules warned the crane operator not to perform lifts over people’s heads, and numerous signs posted at the site warned employees of the dangers of the overhead crane.

Signs indicating telephone numbers of emergency personnel were not posted in a conspicuous location. Additionally, not all of the areas around the barges were protected with safety nets or other fall protection, exposing employees to fall and drowning hazards. 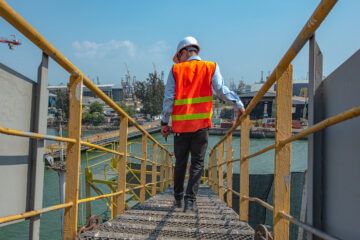 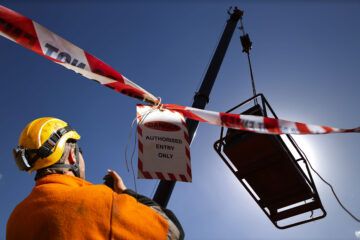