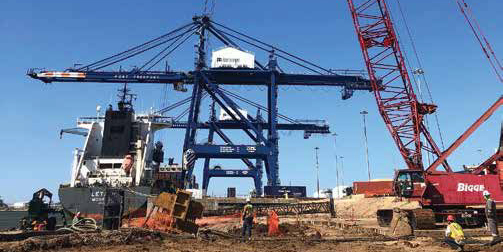 McCarthy Building Companies, Inc. is constructing the Velasco Container Terminal expansion project at Port Freeport, Texas. The Velasco Terminal expansion, which includes Berth 8, features over 925 feet of berth extension and will accommodate post- Panamax gantry cranes. This will be the single largest project built by a public port on the Texas Gulf Coast. The new infrastructure is expected to be fully operational by August 2022.

There are approximately 29,200 tons of steel piling on this project. One of the biggest challenges is that the piles have extremely tight driving tolerances that will require a three- story template to ensure accurate alignment. In addition to the piles, 60,000 tons of revetment rock is to be placed in between the piles. Extreme care will be taken during the placement of the revetment rock to ensure that the new piles are not damaged. Further, the new berth will be constructed while maintaining access to the existing Berth 7 and close coordination is required while vessels are docked at Berth 7.

The new berth will be dredged to 51 feet, matching the depth of the Freeport Harbor Channel Improvement Project, which will handle newer, larger container vessels transiting the expanded Panama Canal and will be equipped to handle approximately 1.5 million lifts per year.

Port Freeport is ranked nationally 10th in chemicals, 19th in total tonnage, and 26th in containers.

McCarthy Building Companies, Inc., whose origins date to 1864, is the oldest privately-held national construction company in the country, and is 100-percent employee owned. The company has been named as a Best Place to Work and Healthiest Employer, and is ranked the 12th largest domestic general contractor (Engineering News-Record, May 2019). 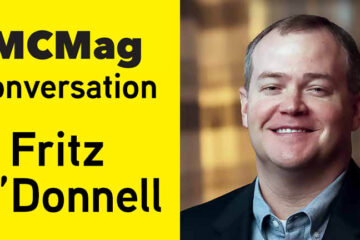 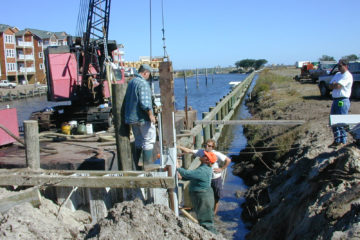 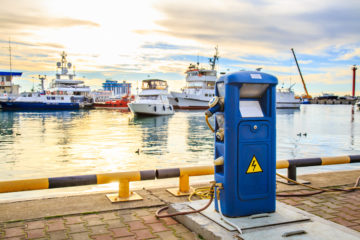