MCMag NEWS
You are at :Home»BLOG»The MCM Conversation with: Isaiah Pitz

The MCM Conversation with: Isaiah Pitz

McMullen & Pitz Construction was founded in Manitowoc, Wisc., in 1918, when Oliver McMullen and Arthur Pitz partnered together to form a quality marine and heavy construction services company. Eight years later, McMullen sold his share and Arthur Pitz continued to run it. His son, Willot, a civil engineer, took over the business at his father’s death in 1941. Erich, Willot’s son, started in the business as a laborer. He worked his way up and at his father’s death in 1997, Erich became the president of McMullen & Pitz.

Isaiah Pitz, 24, is the fourth-generation to work in the marine construction industry. And while the company is still headquartered at the location on the Manitowoc River where it was founded, Isaiah is taking a similar path through life, but with different steps.

Erich Pitz succumbed to brain cancer last October, but had a succession plan in place before he passed away.

Two elements were key to the plan. One was that a contract was made with a trusted executive, Ted Jennejohn, who was a project manager and estimator at the time, to run the company for 10 years. The other, which had been cultivated since Isaiah was born, was that Erich’s son would absorb as much of his father’s way of working – and his way of living – as possible, with the goal of keeping the business in the family and successful.

MCM: What are you doing now?

Isaiah Pitz: I’m in the pile drivers’ union going through the apprenticeship protocol. While working out in the field with Michels, I’m a part of their foundations department. I’m not in the office to learn the ins and outs, but I’m enrolled in classes to earn an associates degree in construction management.

What are your earliest memories of what your father did for a living?

I remember Dad bringing a truck crane home to store things on our back patio. The patio had steps so we couldn’t drag stuff to the back. Dad had five dogs at the time, and I remember him switching out dog houses with the crane. But he would send a truck crane to do anything that was needed around town, whatever the cause may be. Any time he had reason to get in the seat of a crane, that’s what he would do.

He brought a playground tugboat to the Montessori school where I went to kindergarten. He brought a crane to the school to swing it over the fence and place it, and my uncle helped set it up. I remember the other kids were astonished. He was definitely was the coolest dad after that. When I was a little older, Dad would take me to job sites. Sometimes he’d yank me out of school for that, because he thought it was more valuable than sitting in class. He’d show me the equipment, show me what they were doing, explain the process of what was happening there.

When did you first start working with him?

While I was in high school. From age 16 to 18, I worked there part-time, then did an internship in my senior year, one hour in the office. After graduation, I went to a local college, the University of Wisconsin at Manitowoc. I had a couple of classes in morning, and would go to the shop at noon.

I realized after one year that college wasn’t for me. I like to learn hands-on. Dad said, “I can put you in the Carpenters Union, Local 731.” I already was working at McMullen & Pitz at the time.

After being there for three years full time, my dad and I decided it was best for me to go work elsewhere and see how things were done in other companies. I went to work for Lunda Construction Company, and now I’m with Michels.

But any time he needed help, I would come over and help him at the farmstead he bought. We dug a pond, poured a lot of concrete and refinished the barn, which had been built in 1848. He bought it to store company equipment, but working on it is what we did for fun. It’s how we bonded.

Your father started at the company as a laborer, and you’ve said that you did, as well.

When I started working for him in high school, I thought I’d get paid a lot more than I did. He said, “No, no, no, you’re going to start at the bottom and work your way up to the top like I did.” When I was 16 to 18, most of the days consisted of pushing brooms, washing equipment, dropping off bids and doing inventory. He told me that I would be doing that until I can prove him wrong and that I’m worth more. “Make yourself valuable and worth the pay.” At the same time, on my own, I went to technical college for welding and got my welding certifications. I also got my CDL license.

Starting at the bottom also earns respect from the people you work with.

Definitely. They see you don’t get treated differently ‘cause you’re the boss’s kid. A lot of employees first thought I was getting favored ‘cause I was the boss’s kid, but I jumped through the hoops and worked my way up there.

I enjoy hard work. I got that from my dad.

What else did you learn from your father that’s helped?

Oh, man, so many things. He was always polite, and his handshake was more valuable than a contract. He taught me that you never take “no” for an answer. You never say, “No, it can’t be done.” Once, we were building a dock on a private lake.

It’s January in northern Wisconsin, three or four degrees and snowing. But a semi is coming the next day with piling that we had to unload. The crane is on a sectional barge about a mile away on the lake. Which now is frozen.

And the tug boat wouldn’t start.

So, three of us get in a 16-foot utility boat— which has maybe a 100-horsepower outboard, too small to move the barge—and bring a headache ball with us. My dad keeps throwing it at the ice ahead to break it up, and eventually we get to the barge. We put the clam shell bucket and headache ball on the boom, drop Dad off on the barge and fortunately, the crane engine starts up.

He must have made that maneuver about 45 times. But he got the barge to the dock, and the crane to the staging area to unload the piling.

The way you tell it, it sounds like he enjoyed the challenge.

People to this day ask me what my hobby is, and I tell ‘em, it’s working. I’m carrying on from my dad. We like to work. All in moderation, though – you’ve got to have fun time with your family and for yourself, which in his case, was hunting with his dogs. But our bonding time was working together, and we enjoyed it.

When did he started getting serious about a succession plan?

He was in discussions with his financial advisors about a contract for Ted for a while. Ted wanted a commitment from the company or he was going to leave. The negotiations got serious after Dad got sick and was diagnosed. Now, the ownership will stay in the family, and we have a great person to manage it for a set amount of time.

My plan is to eventually go back to McMullen & Pitz and take over. Until then, I hope to remain working with Michels.

What are your ambitions for McMullen & Pitz?

I have a heart and passion for the marine construction industry, and hope to carry on my father’s legacy. My ambition is to keep the company going through the generations and expand it.

I hope to add a couple more crews, maybe open another location, possibly up north where we do a lot of our private work. Staying up to date with equipment and industry trends.

I’m thankful for the way my dad taught me. I never appreciated it as much as I do today.

Now that you have a son of your own.

My father was the third generation of McMullen & Pitz. As I promised him, I will do my best to become the fourth generation owner. And help Everett become the fifth Pitz to run the company. 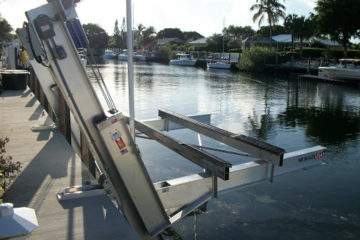 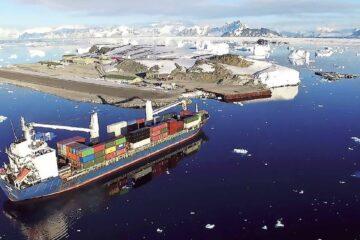