Last December, Poralu Marine delivered the longest public floating wave attenuator in Australia for the Geelong Waterfront Safe Harbour Precinct. Nested in the Port Phillip Bay, the Geelong Waterfront is one of the most popular seaside locations in Victoria. The marina is part of a large waterfront development offering various tourist and recreational points of interest, including the Royal Geelong Yacht Club (RGYC). RGYC is well known for organizing the Festival of Sails among other major events.

Wave protection and redevelopment of the floating marina

Poralu Marine, an international leader in marina design and construction, was the main general contractor for this turn-key, multi-million-dollar project that included design and installation. Poralu Marine engineered and delivered a hybrid and resilient solution: a heavy-duty, wide-floating concrete wave attenuator to protect the first stage of a new aluminum marina, and to take advantage of the benefits of the high-tech metal. The harbor that could previously shelter 280 berths has been completely remodeled simultaneously with the waterfront. The fixed jetties will eventually be replaced by the floating versatile system to offer around 360 berths that can moor boats ranging from eight to 27 meters.

This project marks an important milestone for the Victorian shores. Wangim Walk (“wangim” means “boomerang” in the Wadawurrung language) is a 440-meter-long concrete public wave attenuator and one of the longest built in Australia. With its width of five to six meters and its 20-meter-long gangway, the wave attenuator is highly noticeable and was designed not only to welcome visitors for a unique on-water experience but also as wave protection for the harbor and to facilitate the berthing of temporary vessels and mega yachts.

Public access is the essence of this redevelopment, and the Club and officials were especially vigilant in ensuring that the overall on-water infrastructure would offer a combination of hospitality and safety Poralu Marine provided a universal access gangway, elegant curbing and lighting, safety ladders and state-ofthe- art fire protection to ensure maximum safety.

Poralu Marine introduced an innovative wave attenuator designed to push the limits of traditional floating breakwater. RGYC was looking for a high-performance solution to cope with a particularly exposed site. Robustness and efficiency through attenuation were key in selecting Poralu Marine.

The European technology, developed to withstand the rough northern Europe seas, is composed of heavy floating concrete units with the smallest weighing 90 tons. This mass ensures unmatched attenuation performances, increased level of stability and limited roll for the comfort and safety of the publicly accessible promenade.

“RGYC was looking for a high-end solution to support its development. Poralu Marine answered with an innovative and customizable system to design and build the whole project,” says Marie Hegot, regional manager for Poralu Marine. “Modern and elegant shapes and materials drive the land base redevelopment, and it is common sense that the floating infrastructure that we supplied would integrate itself in such an ambitious design.”

Knowing that this redevelopment will be an asset for the future generations, it was crucial to choose materials that could easily be dismantled and recycled at the end of the marina’s life. With an investment program aiming to support entrepreneurs in their development of sustainable solutions ($250,000 dollars invested in 2020), Poralu Marine proved itself as the leader in designing the eco-innovative marinas of tomorrow.

“The Royal Geelong Yacht Club is delighted to deliver this iconic new feature to the Geelong waterfront and community,” said RGYC General Manager Phil Clohesy. “Wangim Walk functions as a floating breakwater to protect the harbor and allow for RGYC to operate floating docks safely and successfully. Well-protected marinas are the most sought-after marina facilities for all boaters, so this is great news for the waterfront. We look forward to Wangim Walk bringing pleasure to all those who live in the city and region and those who come to visit our beautiful bay and waterfront.”

Established in 1982, Poralu Marine is based in Port, France. It has 150 employees worldwide, with regional offices in Indonesia, Australia, Canada, Mexico and UAE.

More information about the company is available at www.poralu.com.

ShibataFenderTeam supplied cone fenders for the Middle Harbor Project at the Port of Long Beach, Calif. 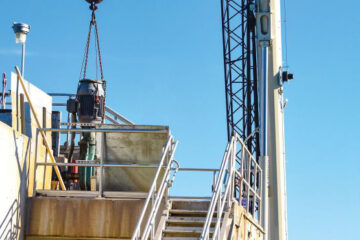 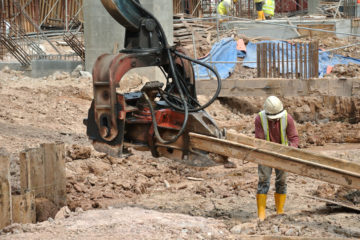