MCMag NEWS
You are at :Home»BLOG»Let’s Talk Safety: Working under a suspended load 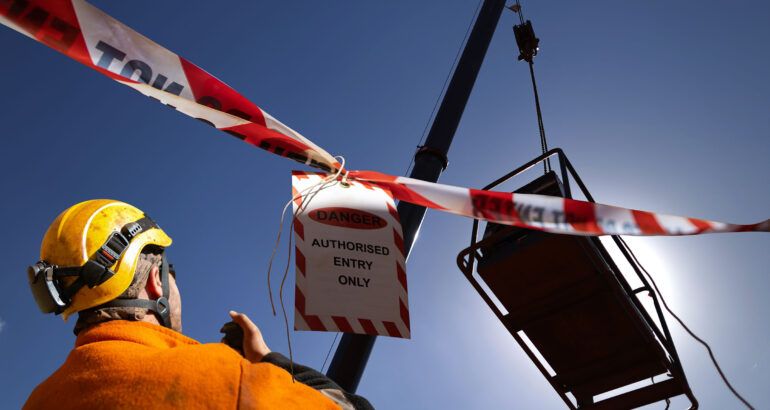 Employees working beneath a turbogenerator suspended by a crane were exposed to the hazard of being struck by the suspended load as they were removing nuts from the bottom bolts of the lifting/jacking lugs.

A barge-mounted crane was being used to transfer a turbogenerator from an adjacent barge onto a railroad flatbed car. An employee was working underneath the turbogenerator, which was suspended in the air 6 to 12 inches above the railroad car, removing nuts that secured a lifting/jacking lug to the turbogenerator.

Longshoremen are transferring a 715,000- pound turbogenerator from a barge onto a railroad flatbed car on the dock, using wire rope slings attached to a crane. The turbogenerator is located in one barge and the crane is aboard an adjacent barge. Four lifting lugs are affixed near the corners of the generator. The lifting lugs are designed to be used with a hydraulic, floor-mounted jack to lift and level the generator. Each lug weighs about 750 pounds, is about 30 inches high, and is secured to the generator’s housing by four nut-and-bolt assemblies, two on the underside of the lug and two on top.

The longshoring crew consists of a supervisor, a walking foreman and three longshoremen. They first remove the packing and bracing materials from the turbogenerator in the barge. Next, the crane operator rigs the turbogenerator to the crane, using wire rope slings attached to the generator’s built-in lifting points. The crane operator then lifts the turbogenerator out of the barge, swings it towards the railcar, and stops after suspending it about 12 inches above the flatbed railcar and about 65 inches above the ground. At the same time, the crew members are attempting to place support timbers on the flatbed railcar beneath the edges of the turbogenerator, using the lumber from the original packaging and bracing material. However, the nut-and-bolt assemblies at the bottom of the lifting lugs attached to the generator are blocking placement of the support timber in continuous lengths. The workers decide to remove the nuts from the nut-and-bolt assemblies securing the lugs, which will allow the bolts to slide up into the body of the generator and provide the necessary clearance for the timber.

The supervisor removed one complete nut and bolt assembly from the bottom of a lug and placed it on the railcar. The foreman then removed the second nut at the bottom of the same lug. The 750-pound lifting lug fell on him and killed him.

The crew mistakenly believed that when the bottom nuts were removed, each lug would be held in place by its top two nut-and-bolt assemblies. The other crew members were removing the nuts from the other bottom assemblies when the incident occurred. None of them was aware that the top assemblies were not secured to the turbogenerator. No one else was injured.

A hazard assessment of the lift to be attempted was not conducted prior to the lift. Such an assessment would have revealed that the lugs were not secured to the generator housing by the two upper horizontal bolts of the lifting/jacking lugs. The employees were not warned about hazards associated with working on suspended, swinging, or moving loads, nor were they prohibited from working beneath a suspended load.

Schematics had been provided showing the various dimensions of the generator, but there was no discussion of an alternate method of bracing the generator on the railroad car that did not require employees to work on or beneath a suspended load. A pre-constructed platform or base would have eliminated suspending the load above the railcar in order for the employees to secure the lumber supports on the underside of the turbogenerator.

This hazard also could have been prevented by the following: 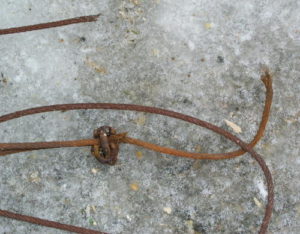 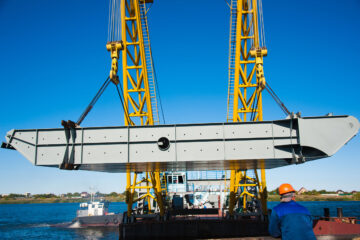 THE IMPORTANCE OF “SLINGS” WHEN WORKING OVER WATER 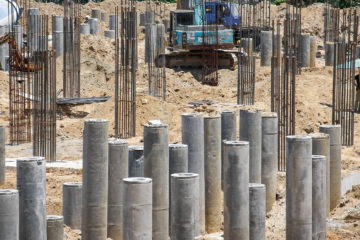