MCMag NEWS
You are at :Home»NEWS»Smith Brothers builds in Chesapeake Bay for more than 100 years

Smith Brothers builds in Chesapeake Bay for more than 100 years

Smith Brothers—now a construction and barge service division of McClean Contracting of Baltimore, Md.—started off more than 100 years ago as a pile-driving company in Galesville, Md. The automobile was making the once-remote villages along the Chesapeake Bay accessible to Washington and Baltimore. City dwellers started to discover the charms of the Chesapeake Bay and the enjoyment of recreational boating. The brothers expanded their services again, building piers and bulkheads for the newcomers.

J. Edward and Nelson Smith, the eldest of the brothers, launched the business by building piers in the West River area at the end of World War I. After a tropical storm in 1927 washed out many of the new roads in southern Maryland, the newly formed State Roads Administration awarded Smith Brothers a contract to repair them. Thus began a long history of government infrastructure work.

As the original brothers retired, Kenneth Smith bought them out until he was the sole owner. By the mid-1990s, contracting became very competitive with many out-of-state companies bidding on local work.

“We decided that if we couldn’t beat them, we could rent to them,” Jeff Smith, Kenneth’s son, said. “So we gradually shifted focus to renting the barges and heavy marine equipment we once used to build with to the contractors who were once our competitors.”

Smith Brothers then began building their own barges to expand the rental fleet. Preston Hartge, who now runs the company, was Jeff Smith’s childhood friend, a U.S. Navy vet and a licensed tug captain who returned to Galesville and joined the company. With his expertise, Smith Brothers expanded its tug service, and they have built three vessels.

“We had barges scattered all over the place that needed delivery and picking up, and I told Jeff, ‘we need a chicken chaser to keep this flock in line!’” said Hartge. “He took on the project of building the first tug, Megalodon, named for the prehistoric shark that roamed the Chesapeake. We have since expanded our rental fleet to include a dozen truckable tugs and 50 truckable barges in addition to the waterborne equipment.”

Today, Smith Brothers operates three tugboats in the region. One of the company’s tugs, the Capt. Kenneth, was built in their yard.

During the height of its contracting operations, Smith Brothers had eight crews of men working on jobs and several men in the yard.

This article is in part excerpted from a story that originally appeared in Port of Baltimore Directory, produced for the port by Today Media Custom Communications, which owns all rights to the content. Used by permission. For more information, visit POBdirectory.com and todaymediacustom.com. 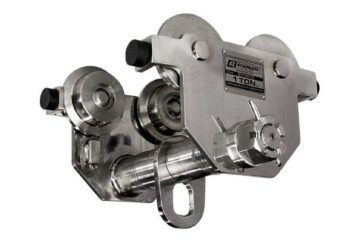 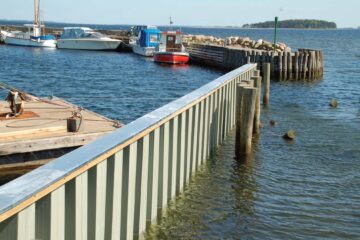 Vinyl Sheet Piling Used in the Construction of Docks and Marinas